The core of the automated weather station was manufactured by the Finnish VAISALA company, although some of the devices were manufactured by companies Lambrecht GmbH and OTT GmbH. The station itself is located in the Ifjúság Street campus of University of Pécs. The station has been collecting weather data since November 2008.

Figure 1. Dew point temperature calculated as a function of relative humidity at an air temperature of 9.3oC

Increasing differences between the dew point temperatures measured by the two methods are observed with increasing air temperatures (Figure 2).

Figure 2. Differences between the dew point temperatures measured by the two methods as a function of ambient air temperature

The weather station is also equipped with a barometer. By knowing the air temperature, the program calculates the sea-level air pressure by the following equation:

Precipitation is measured with multiple methods at the weather station of UP. We use manual, tipping-bucket and weighing rain gages while measurements are also taken by a disdrometer.

Speed is measured by a cup anemometer that counts the number of rotations. The minimum measurement limit is 0.1m/s, while the maximum measurable wind velocity is 50 m/s.
A wind vane is used to determine wind direction with a resolution of 2.5o.

This sensor measures the interval while the leaves covered by dew. This information is important for controlling fungi infection.

Solar radiation is the sum of radiations coming from the space above horizon. Sun's direct radiation, and the diffused radiation from sky. The unit of the sensor is W/m2.


The measurements are made by a special sensor head. The device based on an optical principle, it emits light as it is explained in the following picture.

Measurement of the size of the particles:

The sensor measures the duration of the signal, which is generated during the time the particles fall through the beam.

A high precision, stainless steel load cell is used as a sensor element, which is separated from the environmental influences, and a built-in temperature sensor which compensates for the temperature changes in the weighing mechanism.

Data can be displayed as real-time or as non-real-time data.

Real-time output (RT): after the onset of a precipitation event, if the measured intensity is greater than 0.1 mm/h, the measured values are displayed within a minute. Advantage: fast response time and reliable intensity value.

Non-real-time output (NRT): the result of the measurement is displayed 5 minutes after the onset of the precipitation event. Advantage: accurate precise intensity.

The device provides the measured precipitation values with resolution of 0.01 mm.

CHM 15k Nimbus is a ceilometer which is based on Lidar (Light detection and ranging) technique. It emits radiation at wavelength of near infrared by short pulses in upward direction. The emitted light is scattered back by aerosol particles and air molecules present in the atmosphere. The pulse flight time and the intensity of the backscattered signal are observed. The different heights of the cloud- and aerosol layers, the cloud penetration depth, and the horizontal visibility can be evaluated from the backscattered energy. Besides these values, the software determines the sky condition index: (1) no fog nor precipitation detected; (2) rain; (3) fog; (4) snow or freezing rain. 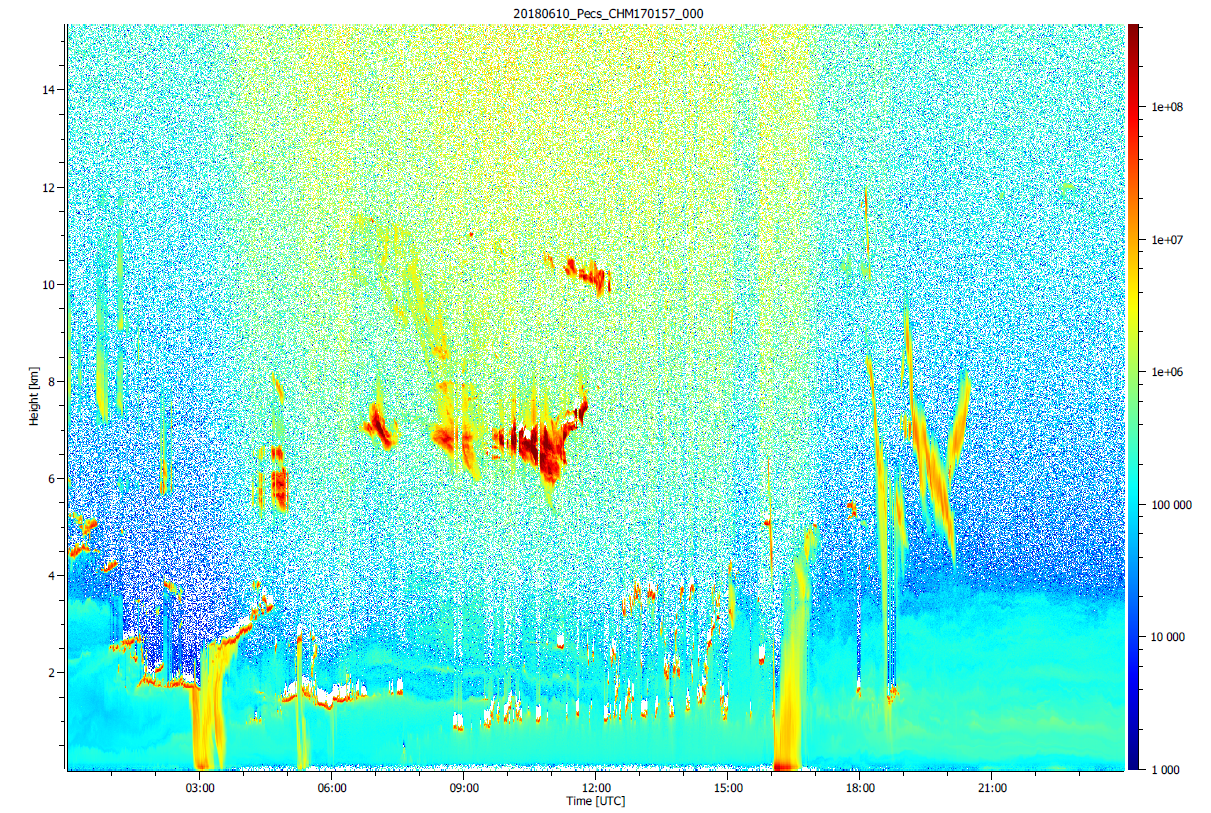 Figure 4. An example of a vertical profile observed by the ceilometer. The scale in the right side shows the backscattering cross section in the unit of m-1sr-1.

A computer periodically downloads data from the measuring station and writes them to a database. Users can access data from the database. The station also communicates with the Hungarian Meteorological Service, hence all data also imported to the national weather network.

To this day (April 19, 2017) even if not corresponds to our station, but corresponds to Pécs, the record of the highest daily minimal temperature in Hungary, 27.9 oC, which was measured on July 20, 2007, at the weather station at Pécs-Árpádtetõ (NE Pécs). (http://owww.met.hu/eghajlat/Magyarorszag/rekordok/).
At that time our weather station was not working yet, we have more or less continuous data series only since November 2008.

The server provides these webpages, with different access levels, some content could be accessed only with valid username/password combination, or from the internal net of the faculty.